It’s possible you’ve never heard the word “revolutionomics,” but if you’re a real estate professional, you might look into it.

The word has become a favorite in discussions involving 27-year-old CEO Austin Allison and his thriving, real estate-focused startup, DotLoop.com, which focuses on simplifying the paper-heavy transactions characteristic of negotiation and closing processes.

Let’s start with the obvious question: “How does it work?”

Once an agent creates their account, they open a communications “loop” that is displayed dashboard style, with active clients, client activity and current deadlines all visible to them. For each active transaction, the agent simply selects a property from the MLS, adds relevant forms to the loop (these can be uploaded or taken from the DotLoop library) and then invites the client to the loop.

From here, both the agent and client have access to all necessary “paperwork”; they can e-sign documents, and then the entire transaction can be closed electronically. Plus, documents can be stored for up to seven years on the DotLoop cloud server.

If an agent and client can use Facebook and document sharing services like Dropbox, they can use DotLoop just as easily.

But how are people—whether agents or clients—responding to this new approach?

“The largest group of home buyers is between 30-35 years old, and they expect things to work this way,” Allison said in an interview with Tech Cocktail.

Then again, actions speak louder than words, so it’s worth noting that, in 2011, DotLoop received the Most Innovative Real Estate Service award from Inman News, and just last year, Allison himself was named Inman News’ Innovator of the Year.

Since January 2012, DotLoop has signed agreements with six state Realtor associations, all of which will offer DotLoop’s services as a member benefit to their agents. And according to a recent Inman News article, “more than 16 percent of Re/Max agents and 75 percent of Keller Williams Realty agents are now using [the DotLoop] platform to close deals.”

DotLoop explains that standard real estate transactions rely on stacks of paperwork, which “creates confusion, and confusion leads to mistakes, wasted time and dissatisfied clients.” Obviously, it all equals wasted money, too.

So it’s back to “revolutionomics”—apparently, the process by which one revolutionary company is simplifying real estate closings and focusing on efficiency and profitability within the industry. 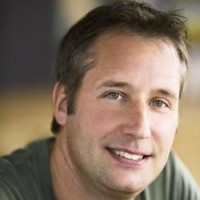 Mark Miles is a manager and residential specialist with Dream Town Realty and has worked as a real estate professional for over a decade.
View all posts by Mark Miles »