Foxtons.com “2% commission”. The Discount Broker That Almost Broke the Industry

At the dawn of digital real estate, there were countless startups with big plans. All were going to disrupt the residential real estate business. The word “disinter-mediate” (a.k.a. for getting rid of agents) was used so often, many thought it was a forgone conclusion. People pointed to travel agents – when’s the last time you used one? – the dodo birds of the travel industry, and predicted real estate agents were next on the endangered species list.

Fast forward a few years and the information super highway was littered with online real estate road kill. The very people who were writing the real estate agent’s obituaries, were themselves the one’s broke and jobless, their “no commission” or “low commission” models broken and discarded.

However, there was one “discount broker” that did not die, at least not right away. In fact, for a while, it looked like the promise of a new real estate system without real estate agents, was about to come true.

For those who worked in the real estate business and who lived in the greater New York metropolitan area in the early 2000’s, the word “Foxtons” invoked rage and fear. They were the devil incarnate, the agent commission killer stealing listings and driving agents out of business.

Who are these guys?

Foxtons started life as YHD.com. The YHD stood for Your Home Direct and it was founded in the early 2000’s by Glenn Cohen of Rumson, New Jersey. At the time, all you had to say is “.com” and investors tripped over themselves to give you money. Glenn raised millions by peddling the model of a real estate broker that charged only a 2% commission, cutting out the buyer agent and keeping the commission for themselves. Agents would be on salary not commission. A new brokerage model was born.

Glenn hired a veteran Madison Ave guy – me – to create a campaign that would “blow the socks off of everyone” and put his new real estate company on the map. I was used to doing ad campaigns for insurance companies and restaurant chains where the client almost never wanted advertising that was too risqué, and certainly not something that would blow the doors down. This was every ad guy’s dream. It was my chance to be part of something big and bold.

We launched the business with a blitz of TV spots (see here) depicting an overweight real estate agent taking piles of cash from a home seller and buying herself a new Jeep Cherokee. In the next scene the home seller hires YHD.com and getting all that money back. Now the home seller gets the new Jeep Cherokee, not the agent (note the attached TV spot). Foxtons bought millions of dollars in air time to run this spot. It was everywhere.

At the same time, we unveiled massive billboards along major freeways in New Jersey which read:

Mines Smaller Than Yours
YHD.com 2% commissions

The response was so overwhelming that during the first week our call center and website crashed. Literally thousands of people would call a day to either list their home for sale or in search of a home to buy. We had more listings than we knew what to do with. The cash poured in.

After the spot had run for a few of weeks, I received a phone call on my personal number from a real estate agent who clearly had a few a few cocktails under her belt. She told me she wasn’t fat, and her husband was going to beat the shit out of me; then she hung up. For a couple of weeks, I wouldn’t walk to the parking lot alone.

A little less than a year after YHD.com entered the market, Jon Hunt, the British owner of Foxtons, the largest broker in London, bought a controlling interest in YHD.com and changed the name to Foxtons.

During its first year and a half, Foxtons sold an amazing 5,000 homes, mostly in the central and northern New Jersey area. During a one month period, Foxtons listed 450 homes. No broker in the area came close to achieving those numbers. By late 2007, Foxtons had over 2,800 listings posted in New York alone. Why the success? Who wants to pay a 6% commission when they can pay only 2%.

The tri-state real estate community was, to say the least, frozen with fear. According Feranda Forman, then the Managing Director of Bond Property Management Group, “They had the entire broker community scared out of their wits; people thought it was doomsday.”

Turns out, 2% commission was too good to be true.

Pretty soon, customers started to complain that their calls weren’t being returned and that their paperwork was misplaced. Closings were missed. The customer service experience was, to be frank, a disaster. No wonder, each agent was handling up to 50 listings at a time, way too many for any one person to manage.

Part of the problem was Glenn Cohen insisted we make the claim our service was the same as one would get with a full service broker. Of course, that was simply not true. From the moment a home seller signed on, they were disappointed because they quickly realized Foxtons did not provide the same service, not even close.

Complaints skyrocketed, and pretty soon Foxtons shiny image grew tarnished. Word of mouth spread that we sucked. By 2007, Foxtons was in the hole over $40 million. They closed shortly thereafter, leaving many buyers and sellers in the lurch.

So, what killed off a company with such a promising beginning?

First and foremost, salaried agents had way too much on their plate to provide even a minimum amount of service. Had some of the ad budget been moved into hiring more transaction management personnel, maybe that could have been corrected.

Another reason the service was so bad was we were learning on the fly. Nobody anticipated the huge amount of volume that came our way. What made matters worse was we had instituted an entirely new transaction management system where each part of the transaction would be handle by a “specialist.” There were “closing specialists” and “listing specialists”. It didn’t work. Nobody owned the listing or saw it through to completion. It was a total disaster.

Foxtons set itself up to fail by making service claims that were untrue. The funny thing is had we simply been honest and told buyers they’d have to do some of the work themselves, they probably wouldn’t mind given their commission was only 2%.

Lastly, the 2007 market meltdown was the event that tipped Foxtons off the cliff. By then I moved on to another real estate tech startup.

So, can a discount commission model work? Here’s more thinking on the subject from Drew. I’m not sure one way or another, but I’m sure someone else will try. If they do, give me a call. 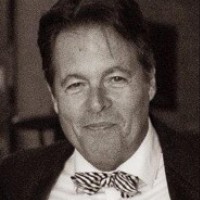