Is Red really the new Black?

It’s a catchy phrase and it reflects the apparent sentiment of some of the bigger players and their backers. Along with the other term used in the same discussion, “sustained unprofitability”, it posits that

Then again, it’s worth noting that the stock performance in the past 12 months for all four has been dismal. Maybe investors realize that profits do matter regardless of all the chatter about technology?

Everyone in the industry knows that the best time to make a profit is in the second quarter. Three of these companies – Zillow, eXp and Redfin – posted a loss for Q2 but all four situations require a little more amplification:

As far as Brad Inman is concerned, Zillow is the real estate industry – period. That sounds like a bit of overstatement, but no more so than the recent article in Housing Wire. According to Steve Eisman in that article, “Zillow has one of the most flawed business models I’ve seen in a very, very long time” and Zillow investors “don’t have a clue.”

Unless, of course, Zillow has been planning for this day for a couple years. Rich Barton was upfront on the Q2 earnings call in telling the analysts that the investment in its iBuyer business and a transition to deferred revenue recognition for its Flex pricing model were going to cause hits to its earnings in the short term.

Looking at its 10-Q, Zillow has also clearly recovered from its mistake of a year ago on its Premier Agent advertising business and finally recognized that there’s more profit to be made with many of those same Premier Agents with its new Flex model. It’ll take time to show a meaningful result from revenue on a 35% agent referral for a closed transaction. It will also take time for Zillow to scale up from its initial efforts in the iBuyer segment but if 2019 is any example of its potential, Zillow will become the clear leader in that marketplace by late 2020. It has the funds, it has the footprint, it has the consumer eyeballs, and it has the attention of a lot of top-producing agents.

A recession could spell trouble for everyone especially if it results in a downturn in the housing market. Of these four companies, Zillow should come through it with the least amount of damage. The pending lawsuits against the industry also should have the least impact on Zillow should anything come from them.

And at some point, Compass and Opendoor will have to go public, providing two more valuable data points for investors to compare against these four and shining a bright light on their own individual finances. Will these tech-enabled unicorns start public life with profits or losses? ”Sustained unprofitability” indeed.

This is not to say that Zillow is going to be the winner here. But it has made a major pivot to a new revenue model where the others cannot or will not, and it will likely result in meaningful profits by the end of 2020.

In the meantime, Winter is still coming to the real estate industry and people should remember the lessons from the dot-com bubble 20 years ago. A lot of investors back then also believed that Red was the new Black and technology would lead the way. They learned the hard way. Twenty years later, Red is STILL NOT the new Black and, again, technology will not change that. 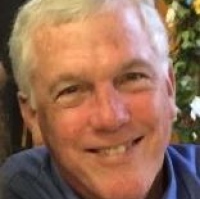 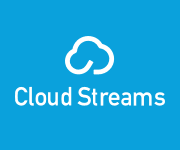