There are a lot of what I call “business edge-cases” in the post-pandemic world we live in right now, and moving compares are definitely among the most interesting.

Why? Because the US government hasn’t given a federal mandate on what constitutes an “essential business”, yet moving companies are generally subsumed by their description of “transportation” as being an essential service.

And while many foreign governments have put freezes on evictions and rent payments as safety measures, the United States is all over the place, often erring on state-by-state or even county-by-county regulations.

What does that mean for local moving companies? Well, it means like most small businesses, they will be hit hard, but they will likely still need to stick around because, without a rent freeze, the government has forced them to figure ways to stay in business. People, unfortunately, will still need to move.

But will most moving companies even be able to stay in business? Even by ignoring the danger aspect, it will be a tall task.

We released a study that looked at the last time the government was hit this hard, in 2008 during the Great Recession, and what happened to moving companies. They used the four metrics of local mover revenue, how many remained open, employment numbers, and payroll amount. Here is what happened in 2008:

The study cites another by the American Moving and Storage Association (AMSA) that found it took roughly four years for those numbers to return to the previous normal.

How do those four numbers compare to what we are seeing during COVID-19? Well, we don’t know yet, because it’s only been a few months. But the study did look at the overall GDP and unemployment numbers in 2020, and the numbers line up fairly similarly to the drop in GDP and employment in 2008, which makes this a relatively comparable situation.

Could there be a quick turnaround? Sure. But another problem is that the biggest reasons people cite for moving in migration studies: new jobs, buying a home, etc., are all also experiencing major downturns.

Which means putting it all together, much like other struggling businesses, this study doesn’t think it’s at all unreasonable to see a drop between 6% to 9% reduction in the moving industry over the next several years, despite the fact that it’s more or less an essential service. That’s a huge number, which they estimate to be between $1.5 to $2.5 billion in revenue.

This is to be expected given that people shouldn’t be moving right now if they can help it, but without the aid of the government at a federal level, this pattern holding true will be a huge problem for not just these small businesses, but for literally anyone who has a lease-up at any point during the pandemic. 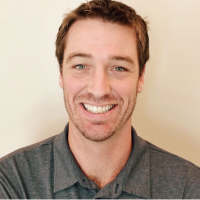 Founded HireAHelper.com in 2007 in his closet. HAH is a marketplace for finding moving companies around the country. Today they have over 2,000 moving companies in their mover marketplace. They've moved over 350,000 people who've all rated an average of 4.7 out of 5 stars after more than 136,000 reviews.
View all posts by Mike Glanz »