Compass, a technology-enabled real estate brokerage, filed its S-1 in early March with plans to raise about $550 million as part of an initial public offering. The company updated its S-1 last week to include a share price range of $18-$19 (down from $23-$26 in the initial S-1), implying a post-money valuation of about $7.2 billion. Compass plans to trade on the New York Stock Exchange under the ticker “COMP” and the IPO is being underwritten by which is being underwritten by Goldman Sachs, Morgan Stanley and Barclays.

Founded in 2012 by Robert Reffkin and Ori Allon, Compass has rapidly grown to become one of the largest independent real estate brokerages in the country, with over 19,000 agents who facilitated more than $150 billion in total transaction value in 2020. The company has raised $1.6 billion since its founding; its last private round was a $500 million Series G completed in November 2019, which valued the company at a $6.5 billion post-money valuation.

In this post, I’ll dig into the Compass S-1, including the company’s financials, product strategy and valuation expectations as a public company. In particular, I’ll review some of the key themes highlighted by the Compass management team throughout the S-1: the central role of the agent in a real estate transaction, the company’s focus on top agent acquisition, and the role of technology as a key differentiator.

Compass has earned a reputation within the real estate community for actively recruiting high-performing agents, via its enterprise sales team as well as through direct M&A of independent brokerages and agent teams. This strategy has resulted in impressive growth over the last several years — the company grew its gross revenue from $187 million in 2016 to $3,721 billion in 2020, representing a compound annual growth rate of 82%.

Compass earns revenue primarily by capturing a share of the commissions earned by its agents following a successful real estate transaction. This share varies depending by agent, but appears to be about 18% on average in 2020 (down from 21% in 2018). Net of commission payments to agents, Compass reached $664 million in revenue in 2020. This figure also includes revenue from ancillary services (such as title & escrow services), although the company did not disclose revenue derived from these services.

While Compass has prioritized growth over profitability since its founding, the company has managed to reduce its operating expenses relative to revenue. For instance, in 2020 sales & marketing expenses made up 61% of revenue (net of commissions to agents), down from 113% in 2016. Compass will likely to continue invest in agent acquisition (which account for much of its S&M spend), but public investors will likely pay close attention to EBITDA margins over the next several quarters (for comparison, Realogy generated more than $600 million in operating EBITDA in 2020 vs. -$156 million at Compass). Interestingly, the pandemic may help Compass in this regard — adoption of the company’s virtual brokerage tool (Compass Anywhere) increased meaningfully in 2020, and now represents approximately 30% of its Principal Agents. This may lead to savings over time on office space, support staff and new market expansion costs.

Beyond the P&L, there are three recurring themes in the S-1 which inform the company’s strategy and financial picture:

Agents are front-and-center in the S-1 (the filing includes nearly 1,000 mentions of agents vs. less than 100 mentions of home buyers or sellers). That’s for good reason — the Compass customer is its agents, whereas other proptech companies like Zillow, Opendoor and even Redfin place a stronger emphasis on attracting consumers. The S-1 highlights this: “The vast majority of spend in the industry has focused on the consumer (primarily the homebuyer), in the form of consumer-facing search portals. Consequently […] the real estate agent have largely been ignored”. As such, Compass dedicates a meaningful portion of the S-1 highlighting the success of agents on its platform. The chart below includes the number of transactions and commissions earned per principal agent — both metrics grew meaningfully in 2020. Compass’s agents certainly stand out within a housing market in which there are more agents than active listings.

Recruiting top-performing agents among the universe of more than two million realtors in the U.S. has been a core tenet of the Compass strategy. This has included M&A — for example, in 2018 Compass acquired Pacific Union for $83 million, an independent brokerage with a large west coast presence, bringing over 1,200 principal agents onto the Compass platform. The company also employs an enterprise sales team that is “tasked with identifying and attracting high performers” and luring them onto the Compass platform with lavish incentive packages. Industry analyst Mike DelPrete has dubbed this the “New York Yankees growth strategy”. According to the company: “Of the 8,000 new agents [since 2018], around 4,200, or 52 percent, came from acquired brokerages.” An outstanding question for the company and its investors is whether Compass can a) retain the agents brought onboard via M&A and b) develop lower-cost approaches to agent acquisition.

Compass also targets agents in markets that skew towards high-cost homes, including metro areas like New York and San Francisco. In 2019, the company’s CEO layed out an audacious goal of reaching “20 percent of market share in the nation’s top 20 markets by the end of 2020”. While Compass does not appear to have reached that goal, it has made some progress in that regard, having reached more than 25% market share in its top 3 markets, and 10% share in markets 4 through 10. This focus on higher end housing markets yields greater gross profit per transaction for Compass as compared to its peers, although this figure declined somewhat in 2020 (likely due to expansion into lower cost markets relative to SF/NY).

The company highlights its technology platform as a key differentiator in the business, and a contributor to agent productivity: “The traditional brokerage firm model provided agents with support and services in the pre-internet era. In a world increasingly powered by technology, Compass is creating the agent support and services platform of the future.” The Compass platform includes a variety of tools and services intended to help agents better manage their book of business, including:

The company invested about $150 million into research and development in 2020, up slightly from the prior year, and plans to continue investing meaningfully in the platform post-IPO. According to the company, its agents are fans of the platform — Compass’s NPS score is 68, and 88% of agent teams use the Compass platform every week. The platform also creates an interesting launch pad for Compass to introduce ancillary products and services targeting agents and their clients. For instance, Compass Concierge provides interest-free capital to front the cost of home improvement services in advance of a new listing. The company also plans to introduce title, escrow and mortgage services (it acquired Seattle-based title agent Modus in 2020).

The fundamental question, however, remains as to whether the Compass platform leads to improvements in agent productivity (agents sell more each year), retention (agents don’t leave Compass for another broker) and gross margin (Compass earns more per transaction). This will inform how public company investors value the business — either as a traditional brokerage or technology business.

Additionally, Compass’s Principal Agent retention rate has exceeded 90% in each of the last three years. While retention and NPS scores are helpful measurements of agent satisfaction, Compass must continue to demonstrate that its platform leads to both better retention and higher agent productivity vs. its peers, particularly if it seeks a valuation premium over legacy brokerages like Realogy and Re/Max. The company highlighted another metric — Net Platform Retention Rate — as a measure of agent retention which also factors in the revenue agents generate over successive periods. According to Compass, its Net Platform Retention Rate was 105% in both 2018 and 2019 and 118% in 2020.

How to Value the Compass Business?

Compass amended S-1, which it released on March 31, revised down both the price per share it was seeking ($18.50 vs. $24.50) as well as the total consideration size ($550 million vs. $1 billion). This may be indicative of public investor sentiment around the “fundamental question” described in the previous section: should Compass be valued as a technology company or as a traditional real estate brokerage? According to public comparables, at an implied enterprise value of $6.7 billion, Compass will trade at a premium to brokerages like Realogy, but at a lower multiple than other fast-growing brokerages like eXp and Redfin (see chart at the top of this post).

Public market investors may have concerns around Compass’s lack of profitability and cash burn, as well as more macro concerns around the 2021 housing market in which mortgage rates appear to be rising (although the Mortgage Bankers Association continues to forecast strong purchase volume through the first half of the year). Other public companies in the residential real estate vertical, including Redfin and Opendoor, have seen their share prices fall over recent weeks by 30%+.

The chart above highlights valuation multiples relative to growth rate. Assuming both 25% and 50% year-over-year growth for Compass in 2021, the company will trade at a lower multiple than other tech-enabled real estate platforms such as Zillow, Opendoor, Redfin and eXp.

Note: Charts and graphs provided within are for informational purposes solely and should not be relied upon when making any investment decision. The content speaks only as of the date indicated. Any projections, estimates, forecasts, targets, prospects, and/or opinions expressed in these materials are subject to change without notice and may differ or be contrary to opinions expressed by others. 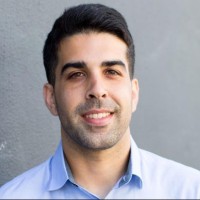