Home » » Competing for the American Dream in a Rigged System

Competing for the American Dream in a Rigged System

[Editor’s Note: Below is the full text of Part I of our 214th Weekly Transmission, originally delivered direct to the inbox of more than 500 GEM members on June 2nd, 2022. Some links included below are to members-only articles.]

Imagine sitting down to play a game of Monopoly. You’re dealt the standard share of cash. Someone else chose the racecar so you took the top hat. You’re handed one die (where’s the other one?) and roll a three. Baltic Ave. “I’ll buy it,” you say.

“Too late—I own it,” the player next to you says. Annoyed, you pay the rent and wait for your turn, when again, you’re handed one die. You roll a six. You tap the top hat on each property until you land on Connecticut Ave. “I’ll buy it.”

“Nope—I own it, and there are two houses on it, so pay up,” says another player. Now you’re upset. “How did you get a monopoly on the light blue properties on the first round?” you ask incredulously. “I didn’t,” they reply. “We’d already played 10 rounds before you sat down.”

“That’s not fair!” you tell them. “Are there even any properties left to buy at this point?” “Marvin Gardens—we just can’t seem to land on it.” You do the math and realize that even if you don’t run out of money paying rent there’s no way you’re winning this game without any means to accrue wealth.

If you’re a middle-class American trying to buy a home in today’s housing market, you’re the person who just sat down at the Monopoly board. To hell with getting a monopoly – you’d be lucky just snagging Marvin Gardens. But without a monopoly, you can’t build houses (think home equity) and eventually you’ll end up paying the other players – the landlords – every dollar you’ve got. Why even sit down to play?

In Monopoly, it’s impossible to win without collecting rents. If Monopoly was the game of life, rent would be home equity.

LEVELING THE PLAYING FIELD
Even before the pandemic, the playing table was tilted: the national housing shortage most severely impacted those least able to weather the affordability crisis. Small entry-level homes “once propelled the American dream,” according to NPR, yet they are now dramatically under-represented in new home builds. “In 1982, 40% of the country’s newly constructed houses were entry-level homes. By 2019, the annual share had fallen to around 7%.” Freddie Mac estimates a nearly 4 million home shortage in the U.S.—and even if that were to be addressed, it may not unrig the game of Monopoly for those who can only afford the Baltic Avenues, rather than the Marvin Gardens and Park Places.

We won’t see the other side of this crisis without a multi-pronged solution. First off, the rules need to be fair for everyone at the table; everyone should have a chance to win. For this to happen, state and federal legislators must recognize housing as a basic need, and limit investors’ ability to outspend consumers on every available property. Unrestricted, investor activity limits housing availability and decreases affordability. Investors aren’t satisfied simply owning all the properties on the board; they intend to raise the rent as quickly as possible, impacting not only would be home buyers, but renters too. To level the teeter-totter, regulation needs to be introduced by a coalition of bipartisan officials that would limit the percentage of investor-owned homes in a designated area.

The American Dream is slipping further and further away from working-class families. So many other factors already limit the ability for middle and lower-income Americans to save money; but once they have saved a nest egg for a downpayment, wouldn’t it be great if they were able to sit down to play a fair game? 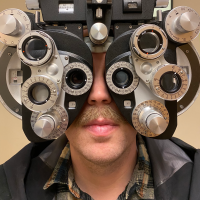