Home » » The Quest for IDX Policy Revision, and Redfin’s Advantage

The Quest for IDX Policy Revision, and Redfin’s Advantage

My first reaction was: this is a brilliant initiative/strategy. For Redfin. Not for the industry.

I planned to write a blog post. Then, I realized Rob pretty much wrote everything I was going to say.

Kelman — and Redfin — KNOW they can, and will, annihilate every other broker/franchise in the SEO department. They are already doing it. The suggested IDX change will help Redfin far more than it will hurt.

PS: Enforcement of outbound links is going to be a complete cluster f*ck. Are MLS’ going to require every individual page on every IDX/VOW website be fully indexable? An easy way for a broker/agent to bypass giving SEO juice up via required outbound links is to “noindex” every page that’s not your own listing. 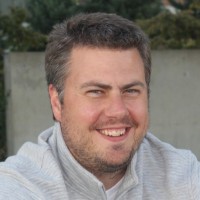