Home » » The National Broker Public Portal: Simplicity, Differentiation Are the Paths To Success

The National Broker Public Portal: Simplicity, Differentiation Are the Paths To Success 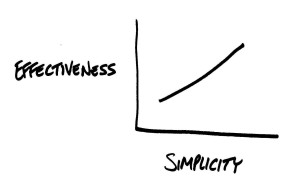 There has been a lot written about the possibility of a national Broker Public Portal for real estate–probably too much, for a project that’s nowhere near being off the ground yet.  Still, the idea rallies the spirits of many brokers, so it has legs.

The hurdles in front of the project are massive, and they shouldn’t be ignored.  They should become the focus of the project.  Its success will not be driven by trying to overcome them, but finding a way around them.

A member-led organization funded by part-time participants will always be severely hamstrung when competing against investor-fueled public technology companies.

Drew highlighted many of the obstacles to BPP’s success, some of which would call into question whether the project is even worth beginning.  Some of the best (synopsized):

1. Let’s start with the money.  BPP would be best to accept that it will not outfund the Zillow Group.  It won’t outfund News Corp/Move, either.  It has to do something nimble, simple, and creative that doesn’t require building the massive, complex technical project that the big 3 (or 10) already have created.

2 . Up to date listings are a key differentiator, but they are clearly not enough to stand on their own.  They should be a big component of the value proposition, but building the next attractive bauble that draws consumers to the site will be necessary.

3. Real estate industry insiders are not consumer software developers, by and large.  They shouldn’t attempt to become better at building a complex nationwide product than the portals.  They could hire a team to compete but, that again would be oppressively costly if it were done at a competitive level to a Move/Zillow team.

So, don’t start building what has already been built.  Create the next zestimate.  Find that little shiny object that makes a consumer say “I want this.  I’m going to show it to my friends.  They’re going to want it, and we can’t get it anywhere else.”

What do brokers, and real estate insiders, have access to that public portals do not currently?  How can that be molded into an attention-piquing, conversation-starting, unique proprietary product that draws massive consumer-initiated traffic organically over time?

Think Drudge Report.  Think iPhones opening keyboxes.  Think On-Star in your vehicle.  Start out with a wide open mind to what your industry has its tentacles attached to, and then find niches that no one else has yet exploited.  Stick to simplicity, and draw traffic based on the unique assets you create.  Don’t try to build every restaurant in Manhattan at the same time.  Just build the delivery service that gets food to the consumers more quickly.

There must be dozens of great, simple, scalable product ideas that could be derived from a big group of industry trailblazers, based almost wholly on the technology they already own.  I’d be lying if I said I didn’t already have my own.  Having access to broad, clean data will be ultimately important.  Continuing to build the structure of the BPP organization will be necessary, but developing a product that’s unique enough to be worthy of such a grand support structure should come very early in the process.

The process of building a national broker public portal will be slow.  For it to get anywhere, the participants need to be motivated by more than fear.  They need a visible, unique, attractive product to unite behind.  They need a project that seems financially viable.

Consumers don’t adopt portals.  They use tools.  Whether those tools provide entertainment, news, education, or efficiency, the brands that provide the tools consumers value get their loyalty.  By developing that simple, nimble idea for a tool or product that differentiates BPP’s brand value first, it just might have the vision that gets brokers and consumers jumping on board in quick order. 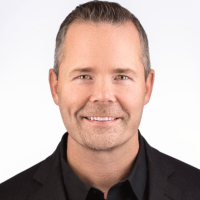